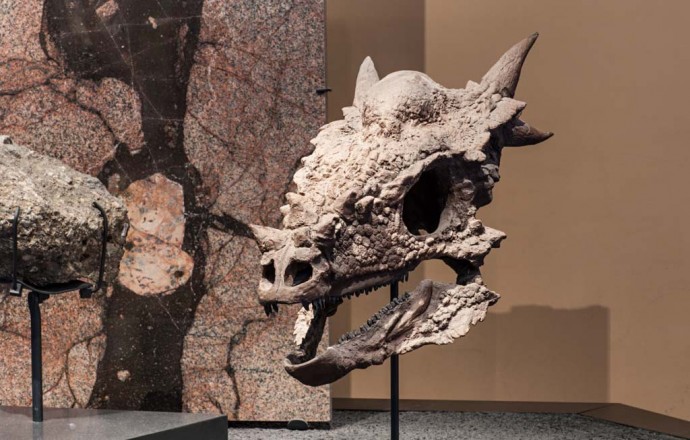 Movies such as The Hobbit (2013) make use of the most frightening creature in the world of fables: the dragon. Myths about this creature go back 4000 years. They were mostly described as fire-spitting, birdlike monsters with gigantic claws and watchful eyes. This traditional depiction finds its slight alteration in modernmovies, but it doesn’t lose its dangerousness. After all, dragons are an invention of mankind, created to scare people.

After my visit to the Museum of Natural History in Berlin, I was not sure about the fictive nature of the creature described above anymore. Meeting Stygimoloch spinifer made me think whether those myths about dragons might have actually been true at some point. “Stiggy” or the “spiny river devil” was found in 1983. This dinosaur belongs to the pachycephalosaurid family and lived in the Cretaceous period, which was about 66 million years ago. Pachycephalosauria were only discovered 30 years ago, so Tolkien, author of The Hobbit (1937), could not have used it as an inspiration for his figure, the last fire dragon Smaug.

Nevertheless, Stiggy’s most prominent characteristics remind of a dragon. His skull is cluttered with tiny spikes, similar to Smaug’s head in the movie. His central horn and the two or three smaller hornlets look most frightening. Scientists do not agree on the function of his headgear. Some suggest he used it for self-defence, others believe it only functioned for display. This is where I become sceptical about the degree of danger coming from this fossil. Stiggy was not dangerous at all. The frightening name river devil derives from an archaeological site, the Hell-Creek-Formation in Montana and Wyoming, USA . He could never have used his headgear for fights because his body was not constructed for such an act. Additionally, Stiggy was a vegetarian, as his teeth reveal. Smaug’s teeth are much bigger and able to destroy flesh.

Stiggy’s skull seemed so frightening when I approached it the first time because I didn’t know his whole appearance. He is displayed not with the other dinosaurs, but in a separate room encircled by rocks and other fossils. Surrounded by only sediments, Stiggy appears more frightening and interesting because your gaze is not disturbed by other creatures. Only his reconstructed skull, not his body, is on display, which let me misinterpret Stiggy’s nature.

Dinosaurs (and dragons?) became extinct through a world wide catastrophe – maybe a catastrophe like the one Wolf Uwe Reimold describes in “Witness of massive explosion”?

”Stiggy” is on display next to a witness of the most catastrohical impact on Earth’s surface: A slab of stone from the Vredefort Impact Structure in South Africa. Its story is on the website, too.

It is especially from this perspective that one can see the resemblance to Tolkien’s dragon Smaug.

In the course of her biology studies, Antonia Howe developed a special interest in fossils of the Cretaceous period. 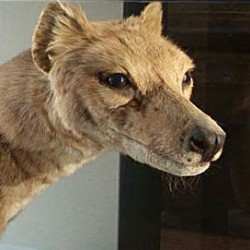 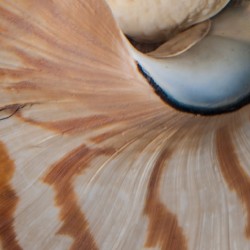 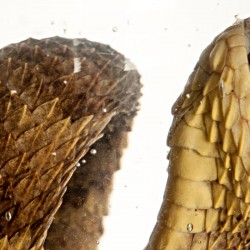